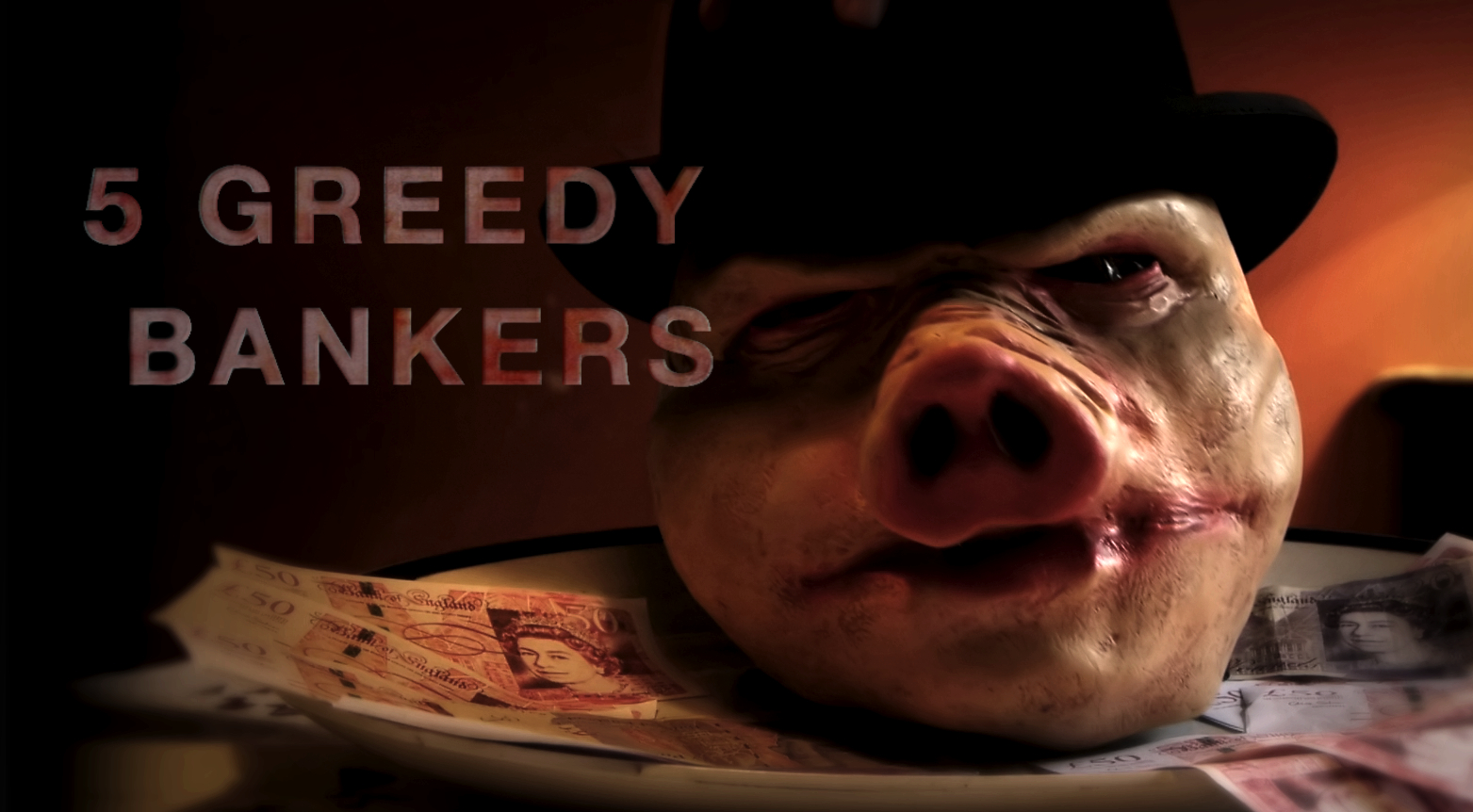 5 Greedy Bankers is a Heist film directed by Simon Davison and starring Pippa Haywood, and Ramon Tikaram. The story revolves around a shamed ex-banker named Catherine Stone (Pippa Haywood) who teams up with a group of anarchist, lead by a mysterious man named Fidel (Ramon Tikaram). Stone and her new acquaintances each have their own grudge against Stone’s greedy, power hungry ex-employers and decided to extract revenge by attempting the five lead bankers for years of corruption and greed.

The early revenge plots primarily take the form of juvenile pranks, such as tricking one banker into cross dressing in public and getting another banker attacked by a pig. These early schemes play out in a manner that resembles a unique cross between “Oceans Eleven”, “Boondock Saints” and “Home Alone”. The group picks a target for their revenge, they study his/her personality quirks and weaknesses, then they set up a trap in which the greedy banker inevitably falls victim to. Elaborate traps using common household items are often utilized for quick escapes.These early scenes are fun, and it’s impossible not to enjoy seeing such despicable characters as the targets of these otherwise benign tricks.
What separates “5 Greedy Bankers” from most other revenge films is the recurring question over how relevant these seemingly immature acts of revenge actually are. The younger members of the group hold more ideological views. They believe that with each act, they are making a difference in society, helping to end the pervasive corruption and eventually creating a world on equality. The older members such as Stone and Fidel reject these naive notion and insist that their petty pranks are simply self serving revenge tactics that will ultimately have no effect on the society as a whole. The differences in ideology cause friction between the group, eventually leading Stone to go her own way.
In the end, Stone and Fidel manage to put their cynicism aside, and join the other revolutionaries in a plan to take down the final banker. In an unexpected twist, Stone tricks the banker into unwittingly donating his entire fortune to charity. Left penniless and by extension powerless, the final banker meets his ultimate defeat. The naive ideological members prove that it is possible to make small changes in society. However, when all is said and done, the bleak predictions from Stone and Fidel are also shown to be true, as the corruption inherent in the system still remains, nearly untouched

5 Greedy Bankers is a fun, action packed heist film, that offers an interesting twist to a common genre. The social commentary was well appreciated and added a much needed extra depth to the story. However, the bankers themselves were portrayed simply as cliche villains that seem to be fueled by nothing more than sin and vice. The had no personalities other than the singular personality trait they attempted to embody. It can be reasoned that these villains were intended to act as personifications of greed, lust, aggression and corruption. If this is the case, than in-depth personalities would have served and unnecessary and at worst a hindrance to the progression of the story. However, for an otherwise very well crafted film, I personally would have appreciated more compelling and memorable villains. 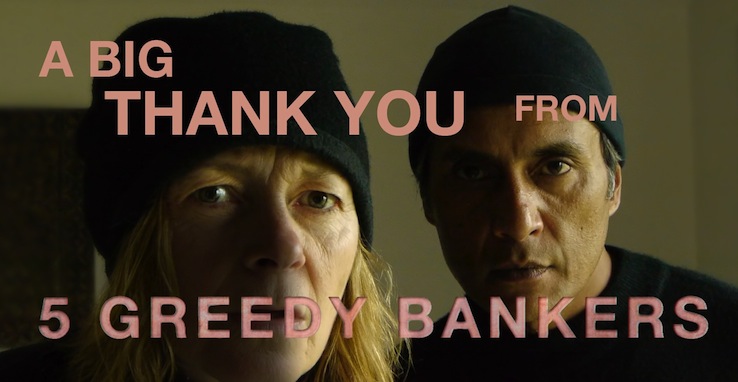