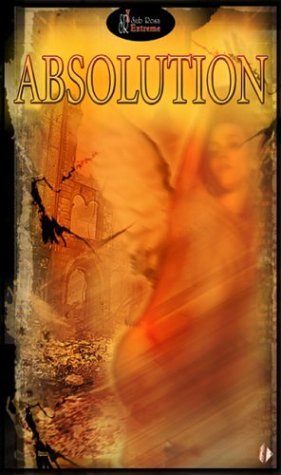 I’ve watched hundreds of low budget films. As such I’ve learned to
judge what I watch by how well executed the film is given the budget
and technology restrictions that the film crew had available.
Therefore, I feel secure saying that “Absolution” is such a terrible
film that I was barely able to sit through it. This movie is part of
the “Sub Rosa Extreme” collection, which consist low budget,
underground films shot on home video. Most of the films by this
production company are meant to imitate existing films, but with more
explicit and “extreme” content. These films consist of titles such as
“I Spit on your corpse, I piss on your Grave”, “Last House on Hell
Street” and “Killers by Nature”. All obvious rip offs of well known
films. “Absolution” attempts to be every Quentin Tarantino film ever
made all at once and fails miserably at it. Each scene consist almost
entirely of dialogue so forced and cringe worthy that it took every
once of will power I had not to turn it off or fast forward through 99
percent of it. The poor visual and audio quality only served to make
the experience even more unbearable. The plot is virtually non
existent, jumping from scene to scene with little to no transition. If
you wish to keep your sanity, then I suggest you stay away from this
one at all cost. This film isn’t bad just because it was made on a low
budget. It’s bad because every quality of it is offensive to the
senses.