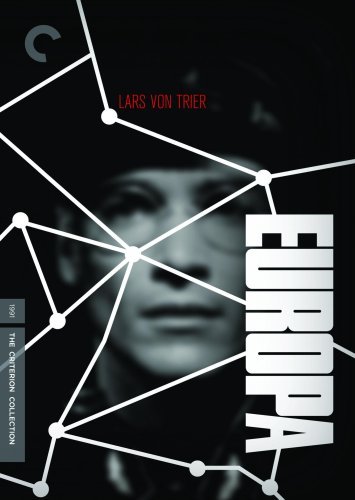 You’re never sure where you will find yourself when you watch a film by director Lars Von Trier. The style, environment and even color scheme of his movies differ drastically depending on the story he’s trying to tell. “Europa” or “Zentropa” as it is commonly referred to, brings us to post world war 2 Germany. The film is shot mostly in black and white, with color dispersed intermittently within scenes to highlight important elements and during the few happy scenes that Europa has to offer. An American named Leopold Kessler moves to Germany just after the war and takes a job as a car conductor at the Zentropa railway network. Leopold falls in love with a woman tied to a pro Nazi group of extremist and finds himself entrenched in a conspiracy to blow up one of the Zentropa trains. Leopold’s conflict stems from his desire to bring some good onto a darkened world. He believes that through kindness and charity, he can help lead the war torn country towards a brighter future. The conspiracy reflects Leopold’s struggle to do what he feels is right and his desire to fix everyone’s problems on his own. In the final scene, we see one of the Zentropa trains submerged under water as a result of the terrorist attack enacted by Leopold himself. We see Leopold trapped inside the sinking train unable to escape his fate. The problems of the world proved to much for him to take on alone and ultimately destroyed him making the world an even darker place. Europa shows us how fragile the line between good and evil is and how those determine to carry the weight of the world on their shoulders will inevitably be crushed